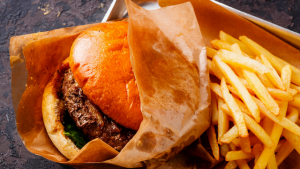 An elementary school in Missouri recently received some major backlash after trying to tell parents what to feed their own children when on school grounds. \

Conservative Tribune has the story:

A terse announcement on the Facebook page of Dear Elementary in the Richmond School District in Richmond, Missouri, stated that “(n)ew board policy states that no fast food is allowed at lunch or during school hours for students.”

One would assume that there isn’t a Carl’s Jr. anywhere inside Dear Elementary or any of the other schools in Richmond. However, this means that parents can’t even make choices regarding what their own children bring to school.

It didn’t take long after the Aug. 15 announcement for the district to start receiving significant backlash.

“At the end of the day, we want to be able to decide on our own,” Chris Swafford, who has five kids in the district and two at Dear Elementary, told WDAF-TV.

It is one thing to encourage children to choose healthier options as they grow up, it is quite another to try to tell parents what to send their kids to school with.

When it comes down to a single mother rushing her kids off to school in the morning on her way to the minimum-wage job she works just to make ends meet, do you really want to put her in the position of having to choose between a caloric, protein-rich fast food meal and whatever she might have laying around the house because she hasn’t had time to grocery shop?

Or how about the family who loves their children, disciplines them helps them with their homework when they get home, and has been saving for their Harvard tuition since the baby shower and just happens to not be a member of the Whole Foods crowd?

Do these educators really think they’re going to single-handedly prevent childhood obesity or diabetes simply by shaming parents who want to send their kids to school with a Happy Meal from time to time?

Maybe instead of trying to tell parents how to feed their kids right, they leave children’s day-to-day diet up to the people whose responsibility it is to feed them: their parents.

Public schools already do enough to undermine parental authority in American homes, the least they can do is let the kids have some french fries and a Big Gulp from time to time.