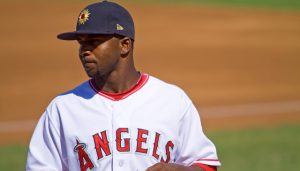 During a roundtable event for “Latinos For Trump” held in Phoenix, Arizona, Arte Moreno, the owner of the Major League Baseball team the Los Angeles Angels and the first ever Mexican-American to own a major sports team in the United States, said that all Latino folks need to cast their ballots for President Trump this November, stating, “It’s necessary to focus on today and the future, and it’s very necessary to vote for President Trump.”

President Trump, speaking at the roundtable, stated, “Hispanic Americans embody the American dream and they are great businesspeople. Hispanic Americans strengthen our nation beyond description, you protect our nation as brave members of the military and as members of law enforcement … you uplift the communities and promote our shared values of faith and family, community, hard work and patriotism,” as The Wall Street Journal noted.

Moreno is a native Arizonan, born in Tucson in 1946. His grandfather owned Tucson’s first Spanish-language newspaper. In 1966, he was drafted into the U.S. Army and fought in the Vietnam war. He was later hired by the billboard company Outdoor Systems, finally taking them public in 1996; he sold them to Infinity Broadcasting for $8 billion in 1998.

Top Latino Democrats are voicing growing concern about Joe Biden’s campaign, warning that lackluster efforts to win the support of their community could have devastating consequences in the November election. Recent polls showing President Trump’s inroads with Latinos have set off a fresh round of frustration and finger-pointing among Democrats, confirming problems some say have simmered for months.

This sort of flies in the face of the left-wing narrative that President Trump is some sort of evil, vile racist who hates minorities, especially those from Latin countries, doesn’t it?

Folks who understand the American dream know that Democrats are liars who sell you lies under the pretenses of caring about you, hoping to enslave you to the party with promises of free things that will never materialize.

Here’s to hoping more folks in other minority communities wake up to the fact they are being used by the Democratic Party for their own political ends.