OPINION: Why I Support Donald Trump

My name is Chad Prather. I’m a husband, proud father, and resident of Texas. In the 2016 presidential election I voted for Donald Trump. I have an incredible amount of wonderful people that follow me on various social media outlets and my openness to defend my vote for Trump has created no shortage of persecution. I can take it. I think I was born with reasonably thick skin which was cultivated over the years by disciplinarian parents and the various difficulties my life has given me in my 44 years.

I’ll tell you, as I’ve stated many times before, that I was not originally a supporter of Donald Trump. In fact, it was quite difficult to support any of the GOP candidates running for president in 2016. Once Trump won the primary and faced off with Hillary Clinton for the highest office in the land I publicly compared the election to trying to decide which venereal disease you were most okay living with. My ultra-conservative and outspoken friend Tomi Lahren even asked me if I was going to support Trump or not. Based on my public musings even she couldn’t interpret my convictions.

I am a life long conservative. I’m not a republican and I’ve never registered with any political party. I am pro-life and I believe in limited government. I will debate anyone on the planet on both issues. At 44 years of age I have now voted in 8 presidential elections, and I have always cast my vote for the candidate that I believe best represents my interpretation of the US Constitution.  Some have done better at times than others.

Deep down I wish that politicians weren’t how they are. The tendency is to see them as spineless and arbitrary willing to run with the convictions of the highest bidder.  Personally, I want leadership that leads with conviction. Someone that listens to the people that elected them, yet operates beyond the influence of political correctness and intimidation. Unfortunately those men and women are a rarity within the Beltway. 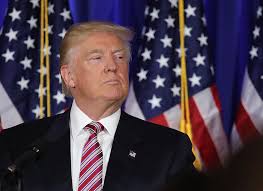 As I observed the personal life of Donald Trump as portrayed publicly through the media I was admittedly divided. On one hand you had the billionaire real estate mogul and celebrity playboy that fully lived up to his reputation as a Manhattan man-about-town. On the other hand was an anti-establishment candidate that had an apparent transformation from his former lifestyle and was pushing a platform that put America’s economic and safety interests first and foremost.

I liked that.  I appreciated a man that was seemingly unphased by the pressures of political correctness. He was quick to go on national television and state an apology for his past transgressions. To me it set him apart from the likes of Bill Clinton who spent taxpayer money to fight his indecent liaisons with a young intern in the Oval Office only to result in impeachment.

I paid attention to the way Trump’s children and grandchildren reacted to him. It was obvious that they genuinely loved and were loyal to their father and grandfather.  That reality is telling in a voluminous manner. A man that is loved by his family in such a manner is NOT a bad man.

Since Trump’s inauguration, despite numerous setbacks in the first 100 days, we have watched the stock market soar, unemployment drop, illegal border crossings decrease, human trafficking attacked, the military and law enforcement praised and supported, strong progress in foreign policy, and the appointment of Neal Gorsuch to the Supreme Court. Each of these things have made me happy of the fact that I helped elect Donald Trump the 45th president of the United States.

President Trump, to put it gently, has many flaws. However, the biggest reason I voted for Donald Trump is simple: He wasn’t Hillary Clinton. That woman is purely evil and would represent a continuation of Barack Obama – the worst and most divisive presidency ever foisted on the American people. As always, history will be the judge, but I have a strong feeling that I will be proven right on all counts. Let’s see.