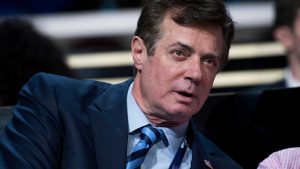 The Washington Post’s latest contribution to its Russia “collusion” story contains some very disappointing details for WaPo’s colleagues in the “opposition party.” Newly leaked emails show that beginning in the primary Team Trump “rejected” offers to meet with Russian officials, citing legality and protocol issues. While the emails certainly don’t prove that the Trump campaign never met with Russian officials outside of the Donald Trump Jr. debacle, they certainly don’t help the narrative.

A few key passages from the story, the details of which the paper does its best to try to cast in pro-collusion terms, stressing Russia’s desire to meet with Trump, but to no avail. The story involves campaign volunteer George Papadopoulos, an adivser “with scant foreign policy experience,” who between March and September tried to set up some meetings between the Trump campaign and Russian officials. But Paul Manafort and others “rejected” the offers.

Papadopoulos, a campaign volunteer with scant foreign policy experience, persisted. Between March and September, the self-described energy consultant sent at least a half-dozen requests for Trump, as he turned from primary candidate to party nominee, or for members of his team to meet with Russian officials. Among those to express concern about the effort was then-campaign chairman Paul Manafort, who rejected in May 2016 a proposal from Papadopoulos for Trump to do so.

On March 24, Clovis, the campaign co-chairman who also served on the foreign policy team, reacted to one proposed Russia meeting by writing, “We thought we probably should not go forward with any meeting with the Russians until we have had occasion to sit with our NATO allies.”

In the same email chain, Kubic, the retired admiral, reminded others about legal restrictions on meetings with certain Russian officials, adding, “Just want to make sure that no one on the team outruns their headlights and embarrasses the campaign.”

Another series of emails came soon after Trump won Indiana, making him the presumptive nominee. The Russian foreign ministry, through a Russian International Affairs Council member, invited Trump to Moscow. Papadopoulos forwarded the message to the campaign, but again the offer was shut down by Manafort and company.

Manafort told his associate Rick Gates in an email, “We need someone to communicate that DT is not doing these trips.”

Clovis responded to the invitation by warning about violating proper protocol, writing, “There are legal issues we need to mitigate, meeting with foreign officials as a private citizen.”

While the Donald Jr. meeting proves that members of the campaign were willing to meet with Russian government-connected sources at least once, WaPo’s latest Russiagate piece ends up presenting a Trump campaign that just really doesn’t seem too interested in “colluding” and doesn’t seem to have any nefarious “back-channel” operating with Putin to conduct some sort of coordinated take-down of Hillary Clinton/take-over of the presidency.

While these emails show Manafort repeatedly shutting down Russian overtures, according to reports he continues to be a major focus of the ever-expanding Russia probe. In fact, just last month, the FBI conducted an “early morning raid” on Manafort’s home that “surprised” Trump, who praised him as a “very decent man,” and made clear he didn’t know any details about what exactly the FBI was looking for. “He’s like a lot of other people — probably makes consultant fees from all over the place. Who knows?” said Trump.