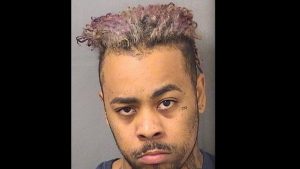 A homeowner from Florida recently spoke with police and told them that he was awakened in the middle of the night by a flash of light, which he discovered a few moments later belonged to an intruder prowling around the second floor of his Lake Worth home.

What this criminal didn’t know was that the homeowner is a family man, one who is super dedicated to taking care of his family and that includes protecting them from people like him.

Little did the intruder know but there was something else present in the house: A belief in the second amendment.

As you probably guessed, the bad guy meets a good guy with a gun and instantly regrets his life choices.

So the homeowner — wanting to “defend himself as well as his wife and daughter,” a deputy wrote in a Palm Beach County Sheriff’s Office report — shot the suspected intruder, the station said.

When deputies arrived on scene, the homeowner was chasing the man behind the house, WPTV said, citing the sheriff’s office report.

And when deputies arrested the man, he told them, “It’s all a mistake. I went into the wrong house,” a deputy wrote in the report, the station said.

Deputies later identified the man as Christopher Mouassite of suburban Boca Raton and accused him of breaking into the home around 12:15 a.m. May 10, WPTV reported.

Mouassite suffered a gunshot wound to his right arm and was taken to a nearby hospital for treatment. He was then booked into the Palm County Jail with a bail set for $30,000.

Mouassite apparently has a criminal history. He was recently out on bond for a drug arrest back in March.

It’s been said a thousand times, but it could stand to be said again. This is the reason the Second Amendment exists. Who knows what this guy was planning to do to the folks inside the home if he hadn’t been stopped by a bullet?

When people start talking about gun control, they’re talking about  stripping guns away from law abiding citizens like this man and end up leaving his family vulnerable to danger.

Not cool. Not cool at all.