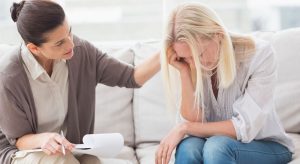 “People will die!” That’s what Native American princess and Democratic senator Elizabeth Warren said about the Senate Republicans’ health plan put forward to replace the Affordable Care Act. Just before the House voted on their version of the bill, Nancy Pelosi told Republicans their vote would be “…tattooed on their foreheads,” and they would “…glow in the dark.” The best reaction came from former – that reads so good I’m going to type it again – former President Barrack Obama. He believes his signature legislation improved the lives of millions of Americans, and that would all change under the Republican plan. In an open letter on Facebook, he wrote,
“…right now, after eight years, the legislation rushed through the House and the Senate without public hearings or debate would do the opposite. It would raise costs, reduce coverage, roll back protections, and ruin Medicaid as we know it.”

Now, go back and read that again. He thinks it’s a bad idea to rush healthcare legislation through Congress without lengthy debate and public discussion. The way all these Democrats spew out the bill’s specific wording and statistics to prove that Republicans hate anyone who isn’t wealthy and white, it sounds almost like they read the thing.

The ACA sounded good back in 2010, when we were promised that healthcare premiums for a family would drop by an average of $2,500 per year. We were all keeping our doctors and healthcare plans, too, if we liked them. More importantly, every single American was going to have access to quality, affordable healthcare. The government would even help pay the premiums for those who couldn’t afford it.

They made it sound kind of like a kid opening his birthday presents or looking to see what Santa left under the tree on Christmas morning. The only thing we had to do to achieve this utopia was convince our representatives to pass the bill so we could all see what was in it. What nobody on the left wants to admit is that once the ACA took effect, we found out Santa Claus was really the Grinch.

They said the goal was to give everyone access to healthcare. What they meant was everyone would be forced to pay for health coverage. The fines for being uninsured started out small, but anyone without a compliant plan in 2016 found themselves owing the IRS up to $2,085 per family or 2.5% of the household’s income. Like your tax refund? Too bad, because you can’t keep it.

Instead of the going down as promised, premiums have increased dramatically since Obamacare took effect. The left natters on about subsidies, but they fail to address that $6,000 deductible the most popular plans carry. For many, that’s what must be paid out of pocket before the insurance provides any coverage – any coverage – and that’s if they’re able to find a doctor who accepts their plan. However, two-thirds of American families don’t have enough cash on hand to handle a $1,000 emergency. You don’t need common-core math to add those numbers up.

To be fair, some plans are available that even the lowest paid workers can afford. They’re called Minimum Essential Coverage plans. With a MEC, an employee can spend anywhere from about $12 to $25 per week for individual health insurance that’s compliant with ACA guidelines. So what does a minimum wage earner get for her money? Well-visits. Well-woman-visits, well-child visits, regular well-visits. As long as the doctor is within a limited network. It’s too bad if the doc says something’s wrong. The base plans provide no coverage at all for illness or injury – no doctor visits, no hospital stays, no meds. And yet, these people have health insurance according to the ACA. The only real benefit for them is they don’t have to pay the fine for being uninsured.

Mr. Obama seems proud that he spent an entire year working on the ACA. Republicans think they’ve failed if they don’t put together something better in 100 days. Americans deserve better than any of these shenanigans. It’s our health they’re talking about, our very lives, and that deserves a lot more time and effort than what we’ve seen invested so far. We need a plan crafted over a period of years by patients, healthcare providers, and insurance providers instead of these abominations thrown together in just a few weeks by politicians and lobbyists.

Democrats say people will die under the Republicans’ healthcare plan. They seem to think that the ACA solved all of America’s healthcare woes. Even if the new plan isn’t any better than Obamacare, maybe the Republicans can pass something with good mental health benefits. That might be the only way we finally have a reasonable conversation in this country.