NYT: Experts Are Confident Coronavirus Pandemic Will Be Over ‘Far Sooner’ Than Expected, Give Trump Props, Saying His Efforts ‘Working With Remarkable Efficiency’ 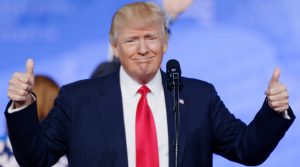 A brand new report published in the New York Times will no doubt be making some folks out there very upset, as it actually endeavors to give President Trump props and praise for his handling of the coronavirus pandemic.

The report in question indicates that many experts have “genuine confidence” that this horrific pandemic is going to be over “far sooner” than they originally anticipated, also noting that President Trump’s Operation Warp Speed — the administration’s plan to facilitate and accelerate the development, manufacturing, and distribution of treatment, diagnostics, and vaccines — has been “working with remarkable efficiency.”

You know that hurt the NYT at the core of their soul to print that report.

“Events have moved faster than I thought possible. I have become cautiously optimistic,” New York Times science reporter Donald McNeil Jr. wrote. “Experts are saying, with genuine confidence, that the pandemic in the United States will be over far sooner than they expected, possibly by the middle of next year.”

The report noted that the U.S. was “faring much better than it did during the Spanish influenza,” which cost 675,000 Americans their lives, adding, “the country’s population at the time was 103 million, so that toll is equivalent to 2 million dead today.”

The Trump campaign would be wise to cite this NYT story as part of its closing message — particularly the success of Operation Warp Speed. pic.twitter.com/cSN8vYlkxT

The report noted numerous positive developments that have come along the way as the U.S. battles the pandemic, ranging from the average age of those being infected being significantly younger now than at the start of the pandemic to nursing homes becoming better at protecting their patients.

“Sometime in the next three months, health experts say, the F.D.A. is likely to begin granting approval to vaccines now in the works,” the report noted. “Despite the chaos in day-to-day politics and the fighting over issues like masks and lockdowns, Operation Warp Speed — the government’s agreement to subsidize vaccine companies’ clinical trials and manufacturing costs — appears to have been working with remarkable efficiency. It has put more than $11 billion into seven vaccine candidates, and the F.D.A. has said it will approve any one that is at least 50 percent effective at preventing infection or reducing its severity.”

The report also discusses how Moncef Slaoui, the chief scientific adviser for Operation Warp Speed, believes that early vaccine candidates will be 75 to 90 percent effective and that two of them will have been approved by sometime in January.

“By then, Dr. Slaoui has estimated, the factories under contract will have produced enough vaccine for 30 to 40 million people, and then another 80 to 90 million people every month after that,” the report says. “Assuming nothing goes wrong, he said, there will be enough doses for all 330 million Americans to be vaccinated by next June.”

This is fantastic news. It’s amazing the NYT even published this, especially so close to the election. However, we all need good news concerning this pandemic. The fact that we will actually see this stuff brought to an end soon is reason to celebrate.