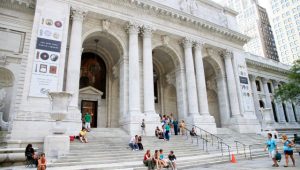 The New York Public Library has come out and stated that they will not be yanking the six “controversial” Dr. Seuss books from their shelves, opting to keep the books in full circulation until the existing copies are completely worn out.

This, as you might imagine, is probably going to cause quite a big stir among liberals who want to see these books completely annihilated from the historical record. A move like this is a big slap in the face to cancel culture.

“The New York Public Library will keep six controversial Dr. Seuss books on the shelves despite this week’s decision to cease their publication due to racist imagery,” the New York Post reported Thursday. “The library, which serves Manhattan, the Bronx, and Staten Island, said it does not censor books and will keep the controversial titles in circulation until they are no longer in suitable shape to lend out, a spokeswoman said.”

“As with all public libraries the New York Public Library does not censor books,” library spokeswoman Angela Montefinise told the Post.

“In this case, the six titles in question are being pulled out of print by Dr. Seuss Enterprises, so the very few copies we have of these titles will continue to circulate until they are no longer in acceptable condition,” she added.

“In the meantime, librarians, who care deeply about serving their communities and ensuring accurate and diverse representation in our collections — especially children’s books — will certainly strongly consider this information when planning storytimes, displays, and recommendations,” Mintefinise went on to say.

I’m actually surprised that they are taking this course of action. It’s kind of refreshing to see an organization stand up against censorship of books and promote freedom of speech, albeit in a pretty low-key manner.

Have to celebrate every little victory though, right?