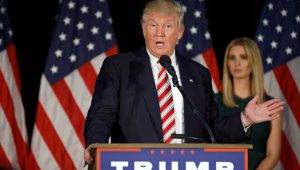 A man from New York has been criminally charged with threatening the life of former U.S. President Donald Trump, according to court papers.

A criminal complaint that was unsealed Monday reveals that Thomas Welnicki, who lives in Rockaway Beach, New York, had expressed an interest in killing the former president during a July 2020 interview with U.S. Capitol Police and during several phone calls in 2021 to the Secret Services.

An arrest warrant was issued for Welnicki on Friday. His lawyer did not immediately respond to a request for comment. The U.S. attorney’s office in Brooklyn had no immediate additional comment.

You probably won’t hear much about this case in the mainstream media, as it would go against their marching orders to be good pleasant little propaganda producers.