NPR CEO Spends a Year with Conservatives and is Shocked by What He Discovers! 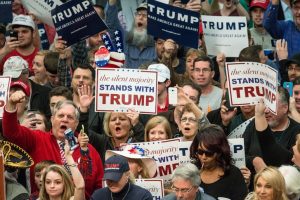 I found this tremendous article on American News Hub and everyone – regardless of political leanings – needs to read and devour the truth in it.

The article points out that, “A former NPR CEO decided to take a year off from work to surround himself with conservatives, Trump supporters, and Evangelical christians – groups he admittedly only “knew through Jerry Falwell and the movie Foot Loose.” In turn, he found a group of people deeply engaged in caring for others, a justifiable dissatisfaction for the mainstream media, and even developed a sense of appreciation for guns.” (via Townhall)

The article is about Ken Stern who is the president of Palisades Media Ventures and the former CEO of National Public Radio. His book “Republican Like Me: How I Left the Liberal Bubble and Learned to Love the Right” is on sale now. It is a telling revelation of one man’s journey from liberal media bias to an appreciation of real conservatives in America.

Do yourself a favor and read the entire article from New York Post. This is just a small excerpt but quite telling.

Most reporters and editors are liberal — a now dated Pew Research Center poll found that liberals outnumber conservatives in the media by some 5 to 1, and that comports with my own anecdotal experience at National Public Radio. When you are liberal, and everyone else around you is as well, it is easy to fall into groupthink on what stories are important, what sources are legitimate and what the narrative of the day will be.

The author goes on to say:

Early this year, I drove west from Houston to Gonzales, Texas, to try my hand at pig hunting.

I eventually joined up with a family from Georgia. The group included the grandfather, Paps, and the father, CJ, but it was young Isaac, all of 8 years old, who took on the task of tutoring me in the ways of the hunt. He did a fine job, but we encountered few pigs (and killed none) in our morning walkabout. In the afternoon, with the Georgians heading home, I linked up with a group of friends from Houston who belied the demographic stereotyping of the hunt; collectively we were the equivalent of a bad bar joke: a Hispanic ex-soldier, a young black family man, a Serbian immigrant and a Jew from DC.

None of my new hunting partners fit the lazy caricature of the angry NRA member. Rather, they saw guns as both a shared sport and as a necessary means to protect their families during uncertain times. In truth, the only one who was even modestly angry was me, and that only had to do with my terrible ineptness as a hunter. In the end though, I did bag a pig, or at least my new friends were willing to award me a kill, so that we could all glory together in the fraternity of the hunt.

At one point during my research, I discovered a video of a would-be robber entering a Houston smoke shop, his purpose conveyed by the pistol that he leveled at the store clerk. But the robber was not the only armed person in the store. The security cameras show Raleigh, the store clerk, walking out from behind the counter, calmly raising his own gun and firing an accurate stream of bullets at the hapless robber. The wounded robber stumbles out, falls over the curb and eventually ends up under arrest.

It is not just the defensive gun use that makes the video remarkable — it is Raleigh himself who evidences such a nonchalance that he never bothers to put down the cigarette that he is smoking. At the end, Raleigh, having protected his store, enthuses “Castle Doctrine, baby” — citing a law that allows a person to use force to defend a legally occupied place.

It is an amazing story, though far from unique, but you simply won’t find many like it in mainstream media (I found it on Reddit).

It’s not that media is suppressing stories intentionally. It’s that these stories don’t reflect their interests and beliefs.

It’s why my new friends in Youngstown, Ohio, and Pikeville, Ky., see media as hopelessly disconnected from their lives, and it is how the media has opened the door to charges of bias.

If you are a conservative reading this, I would advise sharing it with a liberal. It may help convince your left leaning friend that mainstream media bias exists and that most Trump supporters are poorly portrayed by hearing these things from an NPR liberal. (Townhall)