Not The Onion: Principal Forced to Apologize to Black Students for ‘Party Like It’s 1776’ Prom Tickets 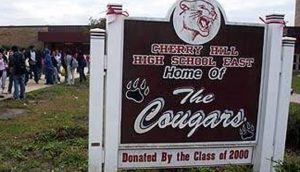 Political correctness is absolutely annihilating the foundation of our country as it destroys freedom of speech and prevents people from expressing thoughts and ideas, hashing out different beliefs, and pushing society forward.

These days, anything you could possibly think to say could somehow be twisted or misconstrued to be “offensive” by someone as we live in a PC era that now feeds on being easily offended and angry. This has spread a victim mentality that has led to the wussification of future generations of Americans, many of which lose their minds just hearing someone express an opinion or belief different from their own.

A good case in point is the principal of a high school being forced to apologize to black students after printing prom tickets with the phrase “party like it’s 1776” on them.

The non-hilarious joke was a reference to Prince’s hit song, Party Like It’s 1999,” and also geared toward the fact than the prom was being held at the National Constitution Center in Philadelphia. So, you know, a history joke (combined with a bad dad joke).

In a letter posted Friday on Twitter, Cherry Hill East High School Principal Dennis Perry said he was “writing to apologize for the hurt feeling this reference caused for members of our school family.”

“It was insensitive and irresponsible not to appreciate that not all communities can celebrate what life was like in 1776,” Perry wrote. “I especially apologize to our African American students whom I have let down by not initially recognizing the inappropriateness of this wording.”

Here’s the actual letter, just so you know this isn’t a bunch of baloney being made to purposefully ruffle your feathers.

Please read this letter of apology to the East Community. pic.twitter.com/BnokMF0n9Q

New tickets are being printed up without the phrase to be given out at prom for students to put in their little scrapbooks that they’ll never look at again after graduation.

So, yeah, apparently the Revolutionary War that gave birth to the greatest and most liberty-minded nation in the history of the world is now offensive to the super left-wing in our country.

This is the sort of thing that drives people to drinking. Seriously.