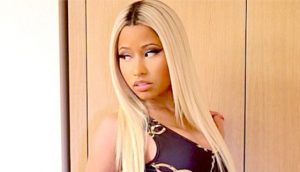 Rapper and entertainer Nicki Minaj revealed Monday that the reason she was not in attendance at the Met Gala event was because she did not want to take the COVID-19 vaccination.

You can only imagine how this went over with fellow liberals in the entertainment industry and all across the country.

When she was asked why she wouldn’t be attending the event, the 38-year-old said, “They want you to get vaccinated for the Met. If I get vaccinated it won’t for the Met. It’ll be once I feel I’ve done enough research. I’m working on that now. In the meantime my loves, be safe.”

When fans pointed out the bad press Minaj was drawing for her comments, she clapped back, “Who cares what blogs gon do? Y’all always worried about blogs. This my real fkn life. They can choke.”

Later the same day, Minaj claimed she had family members whose friends have experienced adverse reactions from the shot, saying, “My cousin in Trinidad won’t get the vaccine cuz his friend got it & became impotent. His testicles became swollen. His friend was weeks away from getting married, now the girl called off the wedding. So just pray on it & make sure you’re comfortable with ur decision, not bullied.”

Minaj then entered into something of a Twitter fight with MSNBC host, Joy Reid.

Reid posted a clip of herself from her television program, “The Reid Out,” stating that she was rather disappointed in Minaj. You know, for not being a good comrade and helping push the pro-vaccine propaganda.

For you to use your platform to encourage our community to not protect themselves and save their lives,” Reid stated, “As a fan, I am so sad that you did that.”

“This is what happens when you’re so thirsty to down another black woman (by the request of the white man), that you didn’t bother to read all my tweets. ‘My God SISTER do better’ imagine getting ur dumb ass on tv a min after a tweet to spread a false narrative about a black woman,” Minaj responded.

A little bit later on, Mina took things to a whole new level, saying, “The two white men sittin there nodding their heads cuz this uncle tomiana doing the work chile. How sad.”

It’s hard to say this, but you know, I agree with Nicki Minaj. She’s right. Taking this vaccine should be an individual decision devoid of social pressure and vaccine mandates from the federal government.

This is really simple, but since the Democratic Party is, to borrow a term from Minaj, “thirsty” to usurp more power from the American public, they are trying hard to use social shunning as a form of force to make people take the jab.