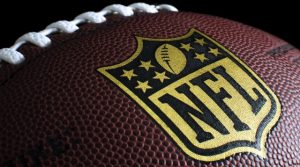 Many folks around the country were left heartbroken after all sports got cancelled due to the COVID-19 crisis that quickly swept through the country, putting an end to professional basketball, hockey, and placing a hold on the baseball season until further notice.

With seemingly no return date in sight for many of these sports, the NFL has decided to offer folks at home a little ray of hope for the season coming up later this year, opting to charge forward and hold the draft this Thursday as scheduled.

Of course, no one’s going to be in Las Vegas for the event. Instead, the whole thing will be taking place remotely.

However, ahead of the draft, the league has sent out guidelines for what the players involved in the draft are allowed to wear and the woke crowd isn’t going to be happy that clothing with political messages has been forbidden.

Ahead of the hugely popular event, the league has released its apparel guidelines for players participating in the “stay-at-home” draft, including listing what cannot be worn. Among the prohibited items or aspects of their clothing are any “political statements.”

1. “Third-party logos other than those of NFL Official Licensed Partners; Nike, Adidas, UnderArmour, and New Era.”

2. “Disparaging depictions of the NFL, or any other third-party brands.”

3. “Non-NFL sports organizations or leagues.” (So much for the XFL Defenders garb.)

6. “Obscene, pornographic (or escort services), violent (including firearms or other weapons), or sexual imagery.”

9. “References to alcohol (including beer and wine), drugs (including cannabis), and/or gambling products (including poker).”

11. “Reference to any illicit substances or activities.”

12. “Pharmaceuticals (including OTD products) including restorative and/or enhancement products.”

13. “Dietary and/or nutritional substances and products commonly referred to as ‘energy drinks.’”

14. “References to movies, video games, and other media that contains or promotes objectionable material or subject matter.”

15. “Derogatory statements regarding the NFL, its owners, employees, and/or NFL partners.”

PFT’s Mike Florio stated that any player who doesn’t wish to abide by the guidelines is free to reject the offer to “attend” the draft.

“Or they can request an appearance fee to participate, as all of them should. And maybe they would, if they weren’t conditioned to believe that having an NFL franchise call dibs on their exclusive services for the next four or five years represents the realization of a lifelong dream,” he said.

Most of these standards are the result of former San Francisco quarterback Colin Kaepernick who set the sports world ablaze by taking a knee during the National Anthem as a form of protest, an action which spread throughout professional football and other sports as well.

This resulted in massive backlash from football fans who didn’t want to see their sports entertainment be co-opted for political gain, especially since everything else in our lives seems to be heavily politicized.

At the end of the day, the NFL is a private organization that has every right to decide what its players and employees wear. It’s honestly a smart move on their behalf, working to ensure that they don’t alienate their core audience due to offensive political messaging.