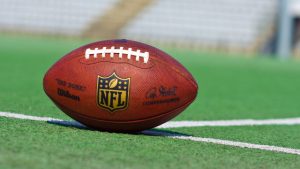 The NFL has finally settled on a set of rules and terms to guide players’ behavior and to provide protocols designed to help reduce the risk of individuals on the field passing around the coronavirus to one another.

One item on the list of rules is that players are not allowed to attend other sporting events. Previously, there was a ban on church attendance, but that has since been lifted.

Check out the details from TheBlaze:

Tom Pelissero, a reporter with the NFL Network, which is owned and operated by the NFL, reported Monday that the league and the players’ union had agreed to a final COVID-19 discipline schedule for the 2020 season. The agreement outlines “High Risk Covid-19 Conduct” for which players can be fined and suspended without pay for uptimes to four weeks. The safety concerns are so great, there will be no first-offense warnings for players who violate the conduct rules.

What stood out to Hurley was item No. 5 on the list: “Attending a professional sporting event (other than applicable NFL games or events) unless the player is seated in a separated seating section, such as a suite or owner’s box, is wearing PPE, and there are no more than 10 people in that separate seating section.”

Hurley went on to note:

And if you saw this inclusion on the list and figured that it meant there’s no way in heck that the league will still be trying to sell as many tickets to fans in 2020, then you are likely mistaken. Only the Jets and Giants have ruled out fans from attending games in 2020. The rest of the league is putting together various contingency plans to try to get as many fans into their buildings as possible, so long as local governments allow it. …

Granted, the NFL only believes it’s safe for players to attend sporting events if those players are in a suite, with a maximum of 10 people, all of whom must be wearing face coverings. Fans? Well, the safety rules are different for fans … because their money goes toward the NFL’s bottom line. While sitting in the stands among the commoners may be dangerous for NFL players, it’s perfectly safe — ehhhh, it’s safe enough — for the paying customer.

When it came to the ban on attending church, Christian players were not going to stand for that encroachment on their religious liberty.

The NFL Management Council just sent clubs an updated discipline schedule, including fines and suspensions for “High Risk COVID-19 conduct,” such as going to clubs, bars and house parties without PPE.

With the high rate of infection from this virus, it’s understandable to want to take precautions as a means of trying to prevent the spread, especially with many of these players having families at home who could be high-risk individuals.

However, some of these measures are nothing more than living in fear. At what point will we all say we’ve had enough of these mandates and rules? This would be a lot easier to do if there were more solid information available about the coronavirus, but due to it being so new and the desire of the left to politicize this crisis as a weapon against Trump in the 2020 election, we don’t have the facts we need.

That’s the most frustrating part of this whole thing.