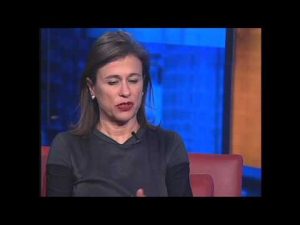 Someone needs to spend some time in the South.

It’s pretty incredible with anti-gun zealots use emotionally evocative hyperbole to make a point, but are in reality so uninformed on actual statistics on firearms they inevitably make a complete an total fool of themselves without ever once being the wiser.

This is precisely what happened to Newsweek writer Nina Burleigh, who was clearly intelligent enough to apply herself to her academic and career pursuits to land a job at a major national publication, yet not intelligent enough to do a quick Google search before composing and posting a Tweet.

Then, when called out on the glaring logical errors of her Tweet, she doubled-down and blamed Russian bots instead of admitting perhaps she’d made an uninformed statement.

And they wonder why conservatives are so vocally opposed to mainstream media?

I’m betting that if you’re reading this, there’s at least a 30% chance that you own an AR-15. After all, it’s by far the most popular rifle in the United States.

Americans own an estimated 15 million AR-15s, and as NBC reported last year, for such a widely-used firearm, they account for a surprisingly low amount of firearm homicides. Rifles themselves only accounted for a stunningly low 374 murders in 2016, compared to over 6,000 by handguns.

If there are 15 million AR-15s in the hands of regular Americans, and every AR-15 owner is a mass-murderer, I apologize for the crudity but our streets would be littered with dead bodies every day.

In other words, this lady cray-cray.

But instead of actually, acknowledge that perhaps her statement was based on extreme ignorance, she simply dismissed all her critics as “bots.”

Another question for this astoundingly ignorant “journalist”: why on earth would Russia, a foreign agent presumably set on taking down our country, want the average citizen to be armed with such a user-friendly, versatile “military-style” weapon like the AR-15?

Food for thought while you plan your trip to the South to meet all the mass-murderers down there in the heartland, Nina.