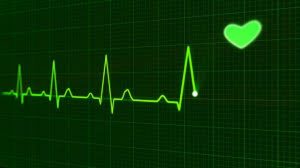 The New York Times, which was once a publication highly respected for it’s reporting on the issues, has become nothing more than a left-wing propaganda wing to help spread the progressive agenda, which is akin to some sort of strange bird flu designed to poison all it touches, recently decided to try and downplay the biological realities that help support the pro-life movement in light of recent heartbeat bills being passed in Georgia and other states.

The NY Times published a piece where they bent over backwards to avoid using the term “fetal heartbeat” and replaced it instead with “embryonic pulsing.” They wouldn’t want to confuse the unborn “fetus” with actually being a human being now would they?

“A State House vote on Wednesday moved the abortion measure to the governor’s desk, after lawmakers rejected a series of amendments including an exception for cases of rape or incest. The measure would require an ultrasound test for any woman seeking to terminate a pregnancy, and forbid abortion if the test detects embryonic pulsing — which can occur before many women know they are pregnant,” the Times reported on a new piece of “heartbeat” legislation that has passed in Louisiana (emphasis added).

Other outlets, such as The Daily Beast, have repeated the Times’ euphemistic language to deny pro-life realities:

According to The New York Times, the bill requires women who seek to have an abortion have an ultrasound test to detect embryonic pulsing. If pulsing is detected, abortion would not be permitted unless “necessary to save a woman’s life or to prevent a ‘serious risk’ to her health.”

The fact the left is actually attempting to sanitize the scientific language here in order to strip the very humanity away from an unborn child in the womb is absolutely disgusting in just about every imaginable way.

One day, when we all look back at this time in history, those who stood on the left as pro-abortion will have no choice but to acknowledge they were on the wrong side of this issue, which is really a Civil Rights issue at it’s core, much the same way previous generations were forced to look back at their horrific treatment of minorities.

Oh if only that day would come a bit faster.