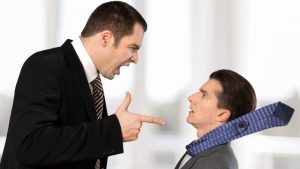 According to a brand new study that was just recently conducted, over two-thirds of conservative academics have reported a “hostile” work environment that stems from having different political beliefs among their colleagues.

Around 70% to 80% of those who have right-wing views said they face an orbit of people actively “discouraging them from pursuing academic careers,” predominantly in the humanities and social sciences, according to a study released Monday from the Center for the Study of Partisanship and Ideology. The research added that approximately 62% of graduate students with a “very right” worldview said revealing their political views to their peers would “make [their] life difficult,” while those with 32% of those with “somewhat right” views said the same.

A total of 18% of centrists said they would be discriminated against, 6% of the “somewhat left” group indicated their views would complicate their experience, and 8% of the “very left” body said the same. The reported political divide also extends to hiring practices.

Roughly 4 in 10 academics would not hire a supporter of former President Donald Trump, and 65% of graduate students said they would hire an advocate of Independent Vermont Sen. Bernie Sanders over a Trump backer.

A whopping 57 percent of U.S. academics stated they would be “uncomfortable or unsure about sitting next to a Trump-supporting academic at lunch.” Around 82 percent of graduate students actually discriminated against supporters of the former president in one out of six instances that were posed to them in a series of questions.

This is the problem with our country right now. We’re divided because there’s no attempt whatsoever to try and find common ground. And common ground does not mean one side or the other being forced to give up their worldview. It means remembering that we’re human beings who see things differently, but are still valuable to one another and to society at large.

Civil dialogue can occur, even when it is passionate, but people today are not interested in that sort of discussion. The left wants everyone to think the way they do or else.