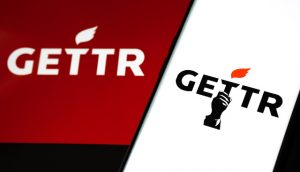 A brand new social media company is on the scene, GETTR, which was created by former President Donald Trump spokesman Jason Miller and some of his allies, and it’s membership is exploding.

In fact, the user base just surpassed 1.5 million users in record time, 11 days, and is looking to experience “substantial growth” according to data from a brand new survey.

A poll created by Fabrizio, Lee & Associates found that there aren’t many members of the GOP who haven’t heard of GETTR, but two-thirds of those who have heard of the platform have are already on it or planning to be on it soon.

“Despite low level of awareness, new platform GETTR has high conversion rate and has an opportunity for substantial growth,” the analysis of the poll went on to reveal. It’s important to note this survey was not commissioned by GETTR.

“Given its promise of free speech and independent thought, GETTR appears to be a new social media platform that would fit the needs of Republicans tired of Facebook and Twitter,” the analysis continued.

It launched on July Fourth in a hat-tip to Independence Day, promising free speech. Initially, it faced glitches and a brief hack, but the problems are settling out, and it has become the go-to site for the Trump Team, top conservative media and GOP voices, and even global users also targeted in the worldwide liberal social media “cancel culture.”

GETTR also offers 777 characters and advanced video capabilities. As of now,  Trump himself is not on the platform, but that could change very soon.