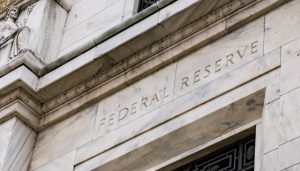 New reports say that inflation has hit the highest rate it has been in the last 30 years in a gauge heavily favored by the Federal Reserve, which is fueling fears folks already have about inflation and the damage it might do to our economy, which is still in a weakened state.

Here’s more from the folks at the Washington Examiner:

The core personal consumption expenditures price index increased by 4.3% on an annual basis and 0.4% for the month of August, according to data released by the Bureau of Economic Analysis on Friday morning.

Core PCE inflation, which strips out energy and food prices, rose at a 3.6% annual rate.

The numbers are well above the central bank’s target of 2% and add credence to Fed detractors’ calls for it to begin tapering its asset purchases and ultimately raise interest rates from their near-zero levels.

Fed leaders have consistently said they expect inflation to cool down as the United States continues to return to normal amid the pandemic. PNC Chief Economist Gus Faucher said the numbers bear out the notion that inflation is slightly slowing.

“Monthly inflation, although higher than it was before and during the recession, has slowed in July and August,” Faucher went on to say after the data were released on Friday. “The year-over-year numbers obscure the fact that inflation has actually slowed on a month-to-month basis.”

Top officials at the Federal Reserve recently got together to talk about the progress of the United States economy and made the decision to raise their forecast for prices.

The central bank ticked up its predictions for this year’s inflation to be 4.2 percent, compared to the 3.4 percent that was forecast back in June. However, it does expect that prices will likely fall back to 2.2 percent sometime next year, which is up just a little from the previous prediction of 2.1 percent.