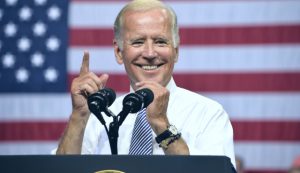 The White House Office Of Management and Budget is now reportedly telling federal agencies that they can now hold off on suspending or booting federal workers for their non-compliance with a vaccine mandate until after the holiday season is over.

ABC News reported on Monday that it obtained a memo concerning the guidance, stating that the change to the policy has not yet been made public, but comes as President Biden continues to apply pressure to private companies and employers to embrace their own vaccine mandates.

According to the OMB, 92% of federal workers have already had at least one vaccine dose, ABC News reported.

The federal workforce’s compliance rate stands at 96.5%, meaning employees have had at least one vaccine dose or have a pending or approved exception or extension request.

A coalition of 10 states sued the federal government Nov. 10 to try to block the requirement for healthcare workers — opening new front in resistance to the Biden administration’s COVID response.

“The lawsuit filed in a federal court in Missouri contends that the vaccine requirement threatens the jobs of millions of healthcare workers and could ‘exacerbate an alarming shortage’ in healthcare fields, particularly in rural areas where some health workers have been hesitant to get the shots,” the report went on to say.

The suit in question comes on the heels of others that have been filed by GOP-led states that have challenged the Biden administration’s rules that require federal contractors to make sure workers are vaccinated and that businesses that have more than 100 employees on payroll also require their workers to be vaccinated or wear masks while on the job and get tested on a weekly basis for the coronavirus.

These mandates are to take effect on Jan. 4.