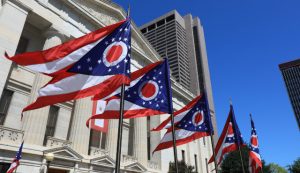 We were told that the purpose behind the Paycheck Protection Plan was to help small businesses be able to pay their employees and keep the lights on during the coronavirus shutdown a few months back, but it kind of seems like a lot of folks who didn’t meet that sort of criteria benefited from receiving federal tax dollars.

Like the Ohio Democratic Party for example. Campaign finance reports reveal that $33,867 was approved by the Small Business Administration on April 30 for the state party.

Back in May, the Ohio Democratic Party posted a tweet criticizing the PPP, which they took money from.

With so many small businesses shut out from receiving PPP loans — while nearly 300 publicly traded companies received more than $1 billion from the program — local governments across Ohio are stepping up to help small businesses, which are often the center of their communities. https://t.co/Tfew5kq9Bm

A spokeswoman for the state party defended the loan, noting that 20 jobs were saved.

“The purpose of the Paycheck Protection Program is to help organizations cover payroll and benefits, and that’s precisely what it has been used for ⁠— to ensure our entire team continued to work and earn a paycheck and retain their health coverage during an unprecedented public health crisis,” Kirstin Alvanitakis said in a statement.

The Ohio Republican Party criticized the Ohio Democratic Party over the news.

“We did not need to apply for these funds. Under the leadership of Chairman Timken, our financial situation is strong, and we were never at risk of not making payroll,” Ohio GOP spokesman Evan Machan said in a statement. “The ODP took these funds to use for campaigning which could have gone to small businesses, but at the same time publicly lamented against the program. David Pepper (Ohio Democratic Chairman) is a hypocrite and should pay back these loans immediately.”

Folks, this is pure hypocrisy put on display for everyone to see. Did Ohio Democrats really think no one would find out about this? Why in the world would they bash a program they are receiving money from? That makes little to no sense whatsoever.

Makes you wonder how many other Democrats had their hands in the cookie jar, doesn’t it?