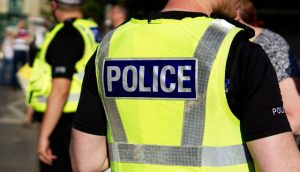 According to new reports, multiple police officers have claimed they were denied service at a Seattle, Washington chocolate shop.

“No, I won’t serve you,” one of the uniformed law enforcement officers, who was being accompanied by a trainee, was told by an employee of the shop after trying to make a purchase at the store, which is named Chocolati.

A third police officer also told the press that he was treated the same way at a different Chocolati location.

A reporter working for the Post Millennial contacted Chocolati where an employee promptly told the journalist to “go f— yourself.”

Chocolati’s website states that the company’s goal is to “grow at a steady pace without compromising the quality and the personal attention we give to our customers and to our chocolates.”

The company also promoted the Black Lives Matter movement on social media, calling on customers to take part in Blackout Day 2020, meaning they only spend money at businesses owned by black people that day.

The Seattle Police Department is currently facing a “staffing crisis beyond mitigation,” according to interim Police Chief Adrian Diaz. Seattle’s Mayor Jenny Durkan signed a city budget in December that slashes police funding by 20% in response to demands from Black Lives Matter activists.

Police departments have experienced an exodus of officers amid the climate, including in Seattle, where the police force reportedly has the lowest number of deployable officers since the 1980s. Additionally, a record 193 officers left the Seattle Police Department in 2020 via resignation, transfer, or retirements, according to the Post Millennial.

The Washington Examiner tried to reach out to Chocolati and Mayor Durkan’s office but did not receive a response.