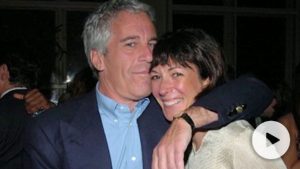 Reports indicate that a fund that was established to help provide compensation for the victims of deceased sex offender and human trafficker Jeffrey Epstein has decided to award $125 million to about 150 claimants.

The Epstein Victims’ Compensation Program has, as a result of this, concluded it’s claimant-facing activities just about a year after it started back in June 2020.

“The number of claims submitted to the Program — approximately 225 — far exceeded original expectations that 100 claims would be filed,” a press release from the organization says. “Claims were generally processed and paid within 60 to 90 days, which included the review of the claim, a meeting with the Administrator, and issuance of the determination, and allowed for a 60-day response period for claimants to fully consider the offer.”

“This important, independent Program allowed victims/survivors who were sexually abused by Jeffrey Epstein to resolve their claims outside of court through a voluntary, confidential, fair, empathetic and expeditious process — beyond the glare of public proceedings and without the costs and confrontation of litigation,” Jordana Feldman, who independently administered the program, went on to say. “Every claimant had an opportunity to be heard in a safe space, to share the intimate, personal, often harrowing accounts of what they endured and how it has affected them. I was continually struck by the resilience and courage of the victims who put their faith and trust in this process.”

As of now, 92 percent of claimants who are eligible for the payments have accepted the offer of compensation.

Ghislaine Maxwell — the former girlfriend and close associate of Epstein — is currently being held in prison without bail due to her alleged role in grooming minors to be abused by Epstein. In March, New York prosecutors asserted that Maxwell paid a fourteen-year-old girl to have sex with the financier.

The attorneys said Maxwell called victims to “schedule an appointment for the victim to massage Epstein” at his home in Florida. “When a victim initially arrived at the Palm Beach Residence, she would be greeted by an employee of Epstein’s, including, at times, Maxwell. The victim would then be escorted to a room with a massage table.”

“Once inside, the victim would provide a nude or semi-nude massage for Epstein who would himself typically be naked,” the indictment states. “During these encounters, Epstein would escalate the nature and scope of the physical contact to include sex acts such as groping and direct and indirect contact with the victim’s genitals.”

The man was a sicko, which is a point that should not be up for debate at all. It’s a simple statement of fact we should all, regardless of political leaning, come to agreement on.

That being said, since there’s no way, at this point, to get the appropriate justice the victims deserve, since Epstein is dead, the monetary payments are a good start.