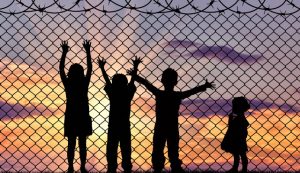 A brand new report reveals that the number of unaccompanied children that are being held by U.S. Border Patrol for more than 10 days has now quadrupled in just the last week, despite the agency supposedly only being allowed to hold them for up to 73 hours.

This situation is growing out of control very, very quickly. And yet, Biden hasn’t done much of anything to stop it. If only he had left Trump’s policies in place, things could have been different.

Sen. Chris Murphy, D-Conn., recently tweeted after a trip to the U.S.-Mexico border: “Just left the border processing facility. 100s of kids packed into big open rooms. In a corner, I fought back tears as a 13 yr old girl sobbbed [sic] uncontrollably explaining thru a translator how terrified she was, having been separated from her grandmother and without her parents.”

He added later, “For clarification, kids are no longer separated from their parents at the border (in this case, the girl’s parents are in the US). But even though kids can now stay and apply for asylum, if they are traveling w relatives who aren’t parents, the relative can’t stay.”

The real question we need answered is why Biden isn’t really moving on anything. We’ve heard from some of his people, like DHS Chief Alejandro Mayorkas, that there’s some grand plan at work to help bring the crisis to an end.

Well, what is it? Why are no details being divulged? Because when you say you have a plan, but then you don’t talk about what the plan entails, it sort of seems like you’re lying and there is no plan.