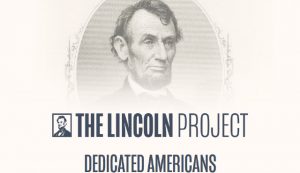 The Lincoln Project, which is basically just a group of Republican establishment operatives who hate Donald Trump with a passion, claims that it is an organization that supports conservative values. However, the group also shares outside personnel, an address, and even some donors with a number of progressive groups.

Records show the group’s custodian of records, Melissa Nissen, is also the treasurer of Forward Majority, a progressive group that works on state races, as well as the managing director of Capitol Compliance, a financial management firm that receives large sums from liberal committees. In addition, the Lincoln Project shares a Washington, D.C., post office box with Forward Majority and Defend the Vote, a progressive voting group.

Oh and let’s not forget the fact that one of the founders of the group, John Weaver, is now being accused of exploiting his power in an attempt to get men, including a 14-year-old boy, to have sex with him.

These are not true conservative people. Individuals involved in this group have made that abundantly clear by their actions to sabotage this great nation of ours, simply because they hated Donald Trump on a personal level.

That’s about as far from conservatism as one can get.