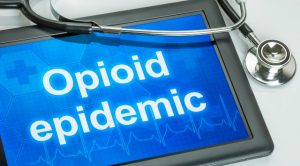 According to new reports just now coming out, deaths due to drug overdoses spiked to more than 93,000 during 2020, which is a record that shows just how lethal the opioid epidemic continues to be as it explodes across America.

The death toll from these overdoses represents a 30 percent sppike from a then-record number of deaths from back in 2019, according to data that was released by the National Center for Health Statistics. It seems the efforts to try and prevent the abuse of synthetic fentanyl were thwarted by the COVID pandemic.

Professor Keith Humphreys, who is a drug addiction expert that works at Standford University, went on to describe the 93,331 overdose deaths that happened in 2020 as proof that this is the “worst overdose crisis” during any point in the history of the United States.

The 2020 figure added to the nearly 841,000 people who died due to drug overdoses between 1999 and 2019 brings the total number of people who have died in the U.S. since the drug epidemic began to more than 900,000 people, according to the Centers for Disease Control and Prevention.

While the Trump administration attempted to fight back the epidemic in 2020, its efforts to contain the spread of fentanyl were impeded by the coronavirus pandemic.

A senior fellow at think tank RTI International, Tami Mark, highlighted that the pandemic, which has killed 600,000 Americans (allegedly) since December of 2019, distracted from and then worsened the current drug epidemic.

“We took our eye off the opioid epidemic,” Mark went on to say. “When we weren’t looking, it got horribly worse.”