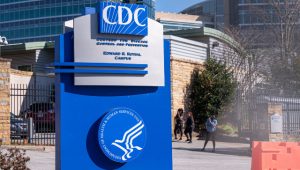 New reports reveal that the Centers for Disease Control and Prevention stated this week that they are not collecting data concerning whether folks who have contracted and recovered from the coronavirus spread the illness after they have gotten better.

Lawyer Aaron Siri, who represents an anti-vaccination group known as the Informed Consent Action Network, requested that the agency provide them with documentation about people passing the virus around after they have recovered from it. The CDC then responded by stating that “this information is not collected.”

The agency later provided a statement to The Epoch Times where they explained that their Emergency Operations Center couldn’t locate any records that were related to the request.

On its website, the CDC notes that “for most children and adults with symptomatic SARS-CoV-2, the virus that causes COVID-19, infection, isolation, and precautions can be discontinued 10 days after symptom onset and after resolution of fever for at least 24 hours and improvement of other symptoms.”

The agency also states that “patients who have recovered from COVID-19 can continue to have detectable SARS-CoV-2 RNA in upper respiratory specimens for up to 3 months after illness onset in concentrations considerably lower than during illness; however, replication-competent virus has not been reliably recovered and infectiousness is unlikely.

“The circumstances that result in persistently detectable SARS-CoV-2 RNA have yet to be determined. Studies have not found evidence that clinically recovered adults with persistence of viral RNA have transmitted SARS-CoV-2 to others. These findings strengthen the justification for relying on a symptom-based rather than test-based strategy for ending isolation of most patients,” the agency said.

The CDC is currently continuing its push to get folks vaccinated against the coronavirus, saying that “fully vaccinated people are likely infectious for less time than unvaccinated people,” and that the likelihood of being infected again with the virus “may increase with time after recovery, consistent with other human coronaviruses, because of waning immunity and the possibility of exposure to viral variants. The risk of reinfection also depends on host susceptibility, vaccination status, and the likelihood of re-exposure to infectious cases of COVID-19. Continued widespread transmission makes it more likely that reinfections will occur.”

The real question at this point in time is when, if ever, is this madness going to end? It feels like never. However, we have to keep fighting against the progressives who are milking this pandemic for all its worth, attempting to weaponize it as a means of usurping authority from regular Americans.
If we don’t stand our ground and apply the right kind of pressure on our elected officials, things will never go back to the way they were.