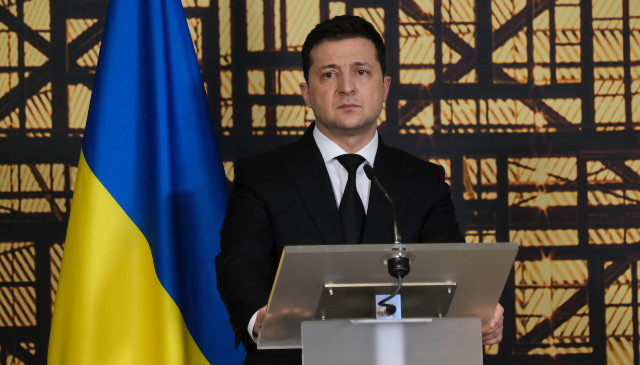 After a solid three weeks of horrific warfare in Ukraine, the country has officially acknowledged that joining NATO is an option that is completely off the table.

Ukrainian President Volodymyr Zelenskyy stated on Tuesday that he “realized” his nation would not become a member of the defensive alliance.

“Ukraine realized that it would not become a member of NATO,” Zelenskyy stated, according to an English translation of a report from aUkrainian news outlet called Trukha. “We understand this. We are adequate people. For years, we’ve heard the opposite — open doors. However, it is not.”

#Zelenskyy: “Ukraine realized that it would not become a member of NATO. We understand this, we are adequate people. For years we've heard the opposite – open doors. However, it is not".#Ukraine #Russia #Kyiv #Odessa #Kharkiv #TPYXA #TPYXAEnglish

Fears about Ukraine joining the Western alliance helped spur Russian President Vladimir Putin’s aggression toward the former Soviet state. Ukraine has been angling to join the alliance for years as it looked warily at its much larger neighbor to the east.

As part of a list of demands Russia has made for the war in Ukraine to end, Putin wants Ukraine to change its constitution to ensure its neutrality, which includes agreeing not to join NATO or the European Union.

Ukraine’s lack of membership in Western institutions is the primary reason neighboring countries that also fear Russia’s adventurism have not put military forces in the country.

“NATO member countries, including the United States, have offered Ukraine support in the conflict short of fighting forces. The U.S. has provided over $1 billion in aid, beginning last fall,” the report continued.

The shift from President Zelenskyy on Tuesday is part of a gradual acceptance that Ukraine will need to find alternative partnerships as things move forward. Zelenskyy, in an exclusive interview conducted with ABC News earlier in the month, the Ukrainian president stated that he had “cooled down” on the prospect of being part of NATO.

However, while he acknowledged Ukraine joining NATO probably wasn’t going to happen, he had some pretty tough things to say to the defensive network.

“The alliance is afraid of controversial things and a confrontation with Russia,” he stated matter-of-factly.

Zelenskyy has been advocating for NATO to establish a no-fly zone over the country in order to help stave off Russia’s air assaults.

“The U.S. scuttled a plan for Poland, a NATO member, to send a fleet of MiG-29s to Ukraine because the jets were going to be channeled through a U.S. air base in Germany. Poland called on other allies to provide jets for Ukrainians to use. However, the Pentagon said the plan was “untenable” because it increased the risk that NATO and, by extension, the U.S. could be drawn into a shooting war with Russia,” the report added.

“Despite Ukraine’s situation, NATO members have not rejected the possibility of accepting other countries bordering Russia into the bloc. Both Finland and Sweden have voiced interest in joining the alliance as they see their own borders threatened,” the report continued.