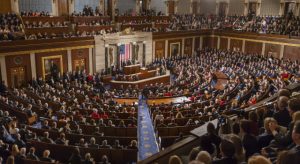 Somehow, by some sort of thinking that I just can’t understand, 25 percent of American citizens now think that Congress is doing a good job of leading the country. This is a 10 point jump from the rating in December according to the results of a new Gallup poll.

This number marks the highest rating that Congress has received since the very beginning of the coronavirus pandemic.

Check out how the results breakdown via Newsmax:

The survey for this poll was conducted during January 4-15 and featured 1,023 participating adults. The whole thing was completed roughly around the time that former President Donald Trump was impeached by the House of Representatives for a second time.

The margin of error is plus or minus 4 percentage points.

How in the world can anyone think the current Congress is doing so much better? Is this simply because so many Americans are happy to see Trump gone from the White House?

Or are there really that mean American citizens who want more socialism? That’s a sad commentary on the current condition of our country. When folks would rather have the government take care of them than to be free and self-governing.