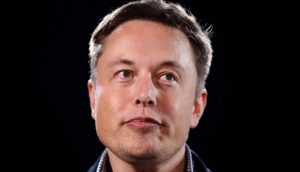 Two very prominent conservative economists have started to champion the idea of taking billionaire Elon Musk and making him the chairman of the Federal Reserve Board, and it’s actually starting to take off.

Larry Kudlow, the former director of the National Economic Council of the United States, along with Forbes Media Chairman Steve Forbes, spoke on Fox News about the idea.

So why doesn’t Jay Powell and the Fed have the backbone to take aggressive action to curb record-high inflation? By the way, if they don’t, it could derail the whole economy…for all these reasons, you know, as I said last night, I prefer Elon Musk as the Fed chair,” Kudlow went on to ask, according to a report from Newsbusters.

Forbes then replied that Musk “understands the real world. He understands what it takes to get things done. These people don’t. They think you turn on a switch and, voila, it happens.”

On Wednesday evening, Kudlow said, “I’ve got a couple of thoughts on today’s wussy Fed announcement that they’re kind of going to move faster on tapering bond purchases and there might be three little bitty rate hikes next year, and oh, yeah, Jay Powell told a press conference he was confident inflation would drop to 2% by the end of next year. Really? Wanna bet? On that bet I’m gonna take the under.”

He cited Senator Joe Manchin stonewalling President Biden’s horrendously expensive Build Back Better plan and calling for a halt to quantitative easing, the printing of new money. He noted, “But the Jay Powell Fed has been nosing in favor of more federal spending, haven’t they? … The Fed is still enabling massive government spending by buying up the debt and pumping up the money supply.”

He later launched into his approval of Musk as Fed Chairman: “Finally, I have some unorthodox ideas for a new Fed Chairman if Joe Manchin won’t take the job; Manchin would probably be my first choice. How about — hold on to your seats — Elon Musk? Elon Musk, TIME magazine’s ‘Man of the Year.’ How could I say such an outrageous thing? … I think he’s very smart and very savvy. … The mere fact that socialist Elizabeth Warren is attacking him for not paying his ‘fair share’ of taxes by itself is a fabulous endorsement of Musk’s philosophy and business prowess.”

“Musk, who is the biggest electric vehicle car seller in the country, get this, he has publicly said he does not want electric vehicles or batteries to be subsidized by the federal government,” he continued. “How about that? He’s the biggest maker; he doesn’t want Uncle Sam’s money. Indeed, he has come out against the entire reckless tax-and-spend that regulate Biden’s policies. How’s that? Completely unlike GM and the other unionist car makers.”

“And incidentally, one last point: Musk has been selling about $3 billion worth of stock at the prevailing capital gains tax rate of 23.8%,” he pointed out. “Now the Musk stock sale would generate or will generate $714 million of revenues to the federal government. That’s gotta be one of the biggest revenue windfalls in Uncle Sam’s history, at least from one person. Now that’s called paying your fair share, Liz Warren.”

One thing’s for sure. Musk owned Warren in brutal fashion on Twitter and that’s definitely a major step in endearing himself to the conservative folks in the country.

He certainly couldn’t do worse than the current guy in that position, right?