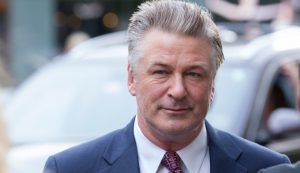 A district attorney in the state of New Mexico has said that the shooting that happened on the set of the film “Rust” could still result in criminal charges being filed for Alec Baldwin and others involved in the incident.

District Attorney Mary Carmack-Altwies spoke with the New York Times and stated that local authorities “haven’t ruled out anything” in the case.

“Everything at this point, including criminal charges, is on the table,” Carmack-Altwies stated in her discussion with the Times.

In recent days, the mood has been shifting on Baldwin, who last week shot dead a cinematographer during a film shoot in Sante Fe, New Mexico, in a gun mishap. After an outpouring of sympathy for the actor, some are now saying that he bears some culpability — with one commentator saying the on-set killing could even constitute a “criminal killing.”

“The death of cinematographer Halyna Hutchins has also been painted as Alec Baldwin’s tragedy,” The New York Post reported that was published on Tuesday and featured the headline, “There’s no denying Alec Baldwin’s role in on-set shooting tragedy.”

“Really, it’s not. In fact, Alec Baldwin is likely to be held, at least in part, responsible. ‘If you’re capable of memorizing 120 pages of dialogue, you can memorize four lines of gun safety,’ special effects and firearms expert Steve Wolf went on to tell The Post. ‘If that scene required him to put the gun to his head and pull the trigger, I’m sure he would have taken a look inside the gun. Wouldn’t you?’”

Another piece by the Post cited Joseph Costa, an attorney with Costa Law in Los Angeles, saying that there could be repercussions for Baldwin, the film’s executive producer, which could include negligent manslaughter charges. “As an executive producer, you are in a position of control and you can get prosecuted criminally,” he told the paper. “It’s the equivalent of drinking and driving, meaning someone may not have intended to cause great harm but they do.”

Famous lawyer Alan Dershowitz wrote a piece for The Hill where he says that there are “two things” that seem very clear in this situation: “Guidelines seem not to have been followed in this case, and the existing guidelines seem insufficient to prevent accidents like this.”

“It is likely, therefore, that the killing of Halyna Hutchins could constitute a homicide — that is, a criminal killing,” he went on to say. “The remaining questions are who might be criminally responsible for the killing and what degree of homicide fits the evidence?”

“It seems clear that Alec Baldwin was not aware that he was firing a gun capable of expelling a lethal projectile,” Dershowitz said. “But his role reportedly was not limited to passively being an actor; he may have had some responsibility as one of several producers of the film. The nature of the role of producers varies from film to film, and it is unlikely that Baldwin’s role included responsibility for set safety. But some may think that it was not simply enough for him to accept the word of an assistant director about the gun’s safety, that he perhaps should have independently inspected the gun before firing it. It is unlikely, however, that such an omission would result in criminal responsibility.”

This is a tragedy that could have been avoided had trained professionals who have experience with firearms were hired for this job. Alec Baldwin should have also received training in the proper care and use of a gun before making the film.