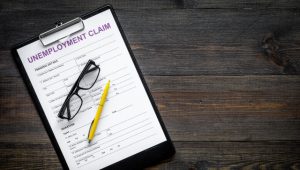 A new report released by the Labor Department revealed that claims submitted for unemployment benefits dropped to a brand new post-pandemic low of 751,000, down from the 791,000 from the previous week.

Many economists had predicted a drop to around 770,000, so this is very good news.

Additionally, states reported 359,667 initial claims for Pandemic Unemployment Assistance, a new category of eligibility created by the March CARES Act that provides benefits for workers sidelined by the pandemic, such as gig workers whose work dried up. Altogether, then, around 1.1 million workers filed for benefits.

Thursday’s release indicates that the labor market is healing, if slowly, but that the situation remains extremely bad by historical standards. In comparison, prior to the pandemic, weekly claims had been running close to 200,000. Another point of comparison would be that weekly claims now are still worse than they were at the depths of the Great Recession in 2009.

The total number of people claiming benefits in all programs for the week ending Oct. 10 was more than 22 million. Last year, in the comparable week, that number was 1.4 million.

There are a lot of “doom and gloom” individuals out there who still don’t see these numbers as a reason to be hopeful or optimistic, which goes to show you just how defeatist modern folks have a tendency to be.

No matter how you feel about any of this, it’s always good news to see more and more people headed back to work. This is especially true for us here in the U.S., as it means more places are doing a full reopen after the coronavirus lockdown. Could it be we’re actually headed back toward life as normal?

I think that’s a possibility, but we have a long, long way to go yet.