New Hampshire Trump Supporters Get Letter Threatening To Burn Their Homes: ‘You Have Been Given Fair Warning’ 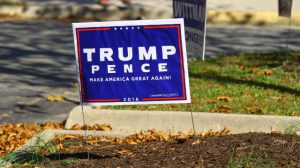 A very twisted, sick individual — or group of people — have been sending out letters to New Hampshire Trump supporters threatening to burn down their homes if the president loses in November and doesn’t concede.

Gee, such tolerance, right? What in the world is wrong with people these days? This is just disgusting. Pure and simple.

As WMUR reported, the letter, which Milford police stated has been sent to various homes in the town displaying support for the president, stated:

Dear neighbor. You have been identified by our group as being a Trump supporter. Your address has been added to our database as a target when we attack should Trump not concede the election. We recommend that you check your home insurance policy and make sure that it is current and that it has adequate coverage for fire damage. You have been given “Fair Warning.” Always remember, it was “you” that started this Civil War. Be prepared to face the severe consequences of your pre-emptive actions against democracy.

Brookline police Chief Bill Quigley confirmed two Trump supporters in his town also received the letter. “”I was kind of quite shocked that anyone would send a letter out with that type of threat,” he admitted.

Quigley said he alerted the U.S. Postal Inspection Service, adding that the perpetrator could be charged with a serious crime. He explained, “Not only with us, with criminal threatening. It’s on a felony level, because of the threat of burning homes down and causing injury, but it could also be with the postal inspectors, something on the federal level.”

Kelly, a resident of Milford told local news reporters, “I was very taken aback. This is my home. You’re not supposed to threaten my home. I’m very worried in the sense that this is going on in my town.”

This particular threat follows closely behind a rather “suspicious” fire incident that took place in Minnesota late last month. Police began investigating a fire that burned down a garage that contained three vehicles belonging to a Trump supporter.

Get prepared. If Trump wins reelection in November, things are going to get very, very rough.