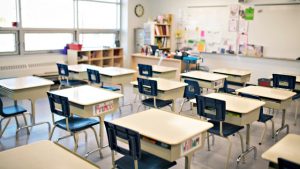 A conservative parents organization located in New Hampshire is now offering a $500 reward for the first person who can nab a teacher in the act of violating a new law in the state that has banned the teaching of critical race and gender theory in public schools.

Every state in the country needs to have parents who care like this boldly take a stand and fight against the insanity that is slowly but surely destroying our nation, perverting our values, and dividing us against one another along racial lines.

“We’ve got $500 for the person that first successfully catches a public school teacher breaking this law,” Moms for Liberty NH stated in a tweet. “Students, parents, teachers, school staff… We want to know! We will pledge anonymity if you want.”

We've got $500 for the person that first successfully catches a public school teacher breaking this law.

Students, parents, teachers, school staff… We want to know! We will pledge anonymity if you want. https://t.co/hA7fqvj62u

The law the group is making a reference to is, Right to Freedom from Discrimination in Public Workplaces and Education and was passed by the state’s legislature, then officially signed into law by Gov. Chris Sununu back on June 25. The law specifically prohibits any employee from teaching or training a student or employee the following:

The law also contains a similar provision in a subsequent section that extends the bans to public schools specifically. The law does include protections for “discussing, as part of a larger course of academic instruction, the historical existence of ideas and subjects” like racism and discrimination.

The law also provides for persons “claiming to be aggrieved by a violation” of the law to sue the school or school district in superior court for legal relief, or to file a civil action with the New Hampshire Commission for Human Rights. Furthermore, the law provides that violations of the law by a teacher constitute “a violation of the educator code of conduct that justifies disciplinary sanction by the state board of education.” An FAQ document from state officials indicates that a violation of the law by a teacher subjects that teacher to disciplinary action by the state board of education, which could potentially include a loss of credentials.

A student at a New Hampshire public high school is already suing his school district after he was suspended from a football game after an off-campus conversation where he allegedly explained that his Catholic beliefs teach that there are two genders. As previously reported by the Daily Wire, the student was involved in a debate on a school bus about gender pronouns that carried over into a text message exchange. The student was suspended for “failing to respect another student’s gender pronouns and for ‘inappropriate language’ used in his texts,” the Daily Mail reported.

There are quite a few other states that are starting to take steps to ban critical race theory from being taught to children in public schools, which is excellent. One of those states, North Dakota, is the latest to do so after Gov. Doug Burgum signed a piece of legislation into law last Friday.

One of the reasons that CRT needs to be outlawed is because it creates the racism it purports to be fighting against. It teaches kids to look at each other differently based on their race. The ideology makes black kids hate white kids and blame them for all of the hardships and challenges they face in their lives.

This, of course, isn’t true at all.

It’s also a rather discouraging set of beliefs that fills young black minds with the idea that every part of their lives will be dominated by racism that they simply cannot overcome.

We need kids to be taught to look beyond the color of a person’s skin and judge them by the content of their character, just as MLK dreamed of.

Kids of all colors also need to be constantly encouraged that they can overcome the trials and struggles they face in life and that their life is theirs to make of it what they will.