New Gallup Poll Says 88 Percent Of Americans Are Dissatisfied With The U.S. 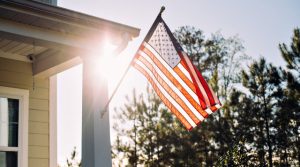 According to a brand spanking new poll hot of the presses at Gallup, only 11 percent of Americans are satisfied with the current condition of the United States. That’s got to be close to an all-time low. I mean that number is in the basement.

The poll was conducted just before Joe Biden was sworn in as president.

Gallup noted the overall satisfaction rating of 11% in the U.S. was due to the coronavirus, Trump’s refusal to recognize the election results, and the Jan. 6 riot at the Capitol.

Would you take a look at those results? It seems both Republicans AND Democrats are not happy with the current state of things in America. Finally. Something we can all agree on!

The problem, of course, is that Democrats are unhappy with this country right now for very different reasons than Republicans. Democrats want far more left-wing policies to be put into action, believing it is the responsibility of the government to solve all of society’s problems.

Republicans want less interference from the government and more emphasis placed on self-governance as a means of tacking important issues. To Republicans, more government is the problem, not the solution.

Will we as a nation ever see eye-to-eye again?