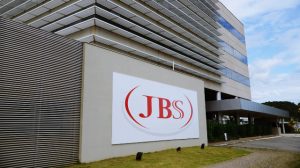 JBS, the world’s largest meat producer, has been forced to close down the operation of many of the company’s slaughterhouses, including those located here in the United States, because of a cyberattack on their computer networks over the weekend, causing massive concern about food security.

The Brazilian meat giant’s five biggest beef plants in the U.S., which handle over 20,000 cattle every day, have stopped meat processing, according to company Facebook posts, after an attack on its servers on Sunday. The company is the biggest producer of beef in the country, making up almost 25% of all beef capacity and almost one-fifth of pork being sold in the U.S., fueling concerns about a shortage of meat products and prices rising.

The White House said Tuesday that JBS had said that a Russian criminal organization was likely responsible for the attack on the company.

“The White House is engaging directly with the Russian government on this matter and delivering the message that responsible states do not harbor ransomware criminals,” White House spokeswoman Karine Jean-Pierre commented on the situation.

The White House also said it was in close touch with the Department of Agriculture to offer assistance and ensure there aren’t any significant food shortage issues from the attack.

The United States is currently on high alert concerning cyberattacks after a group of hackers from Eastern Europe managed to hack one of out nation’s most critical sources of energy, the Colonial Pipeline, which resulted in a significantly slowed gas delivery along the East Coast during the month of May.