The New Barbie! Would you buy this doll for your child? 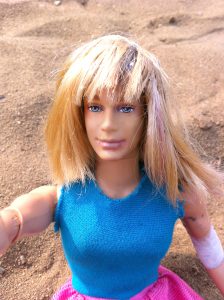 There is currently a petition going around the inter-webs for toy makers to create a new “transgender Barbie” doll. The doll is said to be inspired by Laverne Cox.

According to Wikipedia Laverne Cox is an American actress and LGBT advocate. She rose to prominence with her role as Sophia Burset on the Netflix series Orange Is the New Black, becoming the first openly transgender person to be nominated for a Primetime Emmy Award. 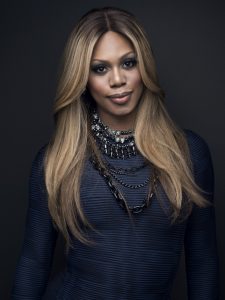 So yes…Laverne Cox was born a man and is now living as a woman. He…or she…or whichever, is now considered a role model and hero that should be honored with becoming a Barbie doll in his…I mean her image. No wonder Toys R Us declared bankruptcy around the same time Stephen King’s “It” came out. Sheesh. It’s confusing. 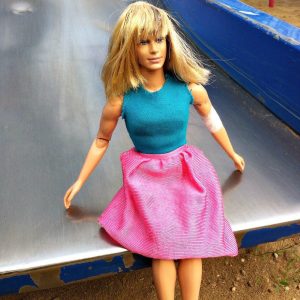 Is this what the world’s first transgender Barbie will look like?

If you’ve ever pulled the pants off of a Barbie (yes we’ve all done it) you’ll see that she’s really more gender neutral. I mean…at least Mr Potato Head has a spud. That’s more than Barbie’s Ken doll can say.

Just what would a transgender Barbie look like? What makes a doll with no anatomical parts suddenly become trans?

Does this mean that other toys are now required to become transgender as well? Will there be a petition to remove the center bar from boy’s bicycles? Does a Huffy now become a Muffy? Will GI Joe become GI Josephine…and does the army have to pay for the reassignment surgeries?

So what’s the point in all of this? Defenders of the transgender Barbie would say that Barbie needs to be a reflection of all of society. However I’ve yet to see a Barbie with Downs Syndrome or dwarfism. Where are those petitions?

Dr. Paul R. McHugh, the former psychiatrist-in-chief for Johns Hopkins Hospital and its current Distinguished Service Professor of Psychiatry, said that transgenderism is a “mental disorder” that merits treatment, that sex change is “biologically impossible,” and that people who promote sexual reassignment surgery are collaborating with and promoting a mental disorder.

Creating a so-called transgender Barbie doll is one more step in attempting to normalize and even glorify a lifestyle and mental state that leads to a proven statistical suicide rate of 40%.  Why is this being glorified as a role model worthy?

I think enough is enough.