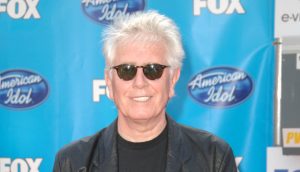 Graham Nash has decided to stand with former bandmate Neil Young by demanding that Spotify remove his music from the platform due to the sharing of “misinformation” about vaccines allegedly happening on mega popular podcast “The Joe Rogan Experience.”

Nash once shared the stage with Young as part of the group Crosby, Stills, Nash & Young.

“Having heard the Covid disinformation spread by Joe Rogan, I completely agree with and support my friend Neil Young and I am requesting that my solo recordings be removed from the service,” Nash remarked in a statement, according to a report from Rolling Stone.

Young was the first major artist to demand that his music be pulled from Spotify and by Wednesday the platform had acquiesced. Since then Joni Mitchel, lndia Arie, and Nils Lofgren have all followed suit as well as smaller labels and artists including Munich label Illian Tape and their artist Skee Mask; Toronto house DJ and producer Demuir; and U.K. DJ and producer Scott Diaz as well as producer and DJ Steve Cobby, according to Attack Magazine.

The protests come in wake of one of Rogan’s recent podcast episodes featuring Dr. Robert Malone, which contained false statements about the COVID-19 vaccine. Fueling the fire is that Spotify last year bought Rogan’s podcast in a reported $100 million deal.

Addressing this, Nash pointed to the hundreds of doctors who last month signed a letter urging Spotify to do more about the COVID-19 misinformation spread by Rogan’s podcast episode.

“There is a difference between being open to varying viewpoints on a matter and knowingly spreading false information which some 270 medical professionals have derided as not only false but dangerous,” Nash commented. “Likewise, there is a difference between misinformation, in which one is unaware that what is being said is false, versus disinformation which is knowingly false and intended to mislead and sway public opinion.”

“The opinions publicized by Rogan are so dishonest and unsupported by solid facts that Spotify becomes an enabler in a way that costs people their lives,” Nash concluded.