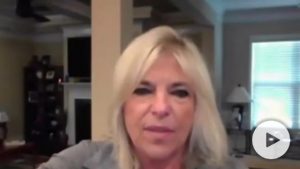 A county official from North Carolina is catching a lot of heat after she told residents they should stay home for Christmas and spend that time only with the members of their own household, only to turn around and admit that she wasn’t going to practice what she preached.

During a virtual conference, Mecklenburg County Manager Dena Diorio revealed that she would be “traveling by car to Durham, North Carolina to see some close family, small group,” despite having just told folks to “stay home and only be around those who you live with.”

Brett Jensen, a local reporter with WBT, said, “I was confused a little bit by Dena’s answer going to see her family in Durham. Isn’t that what we’re not supposed to be doing, by spending only time with people that we actually live with?”

Diorio defended her plans by explaining that the specifics of the situation led to her making the decision.

“I know who the family is, I know where they spend their time, so I feel comfortable making that trip,” she said. “It’s two people in a household, it’s not a group. It’s a very small number of people and I feel very confident about their safety.”

Jensen then asked if Diorio believes everyone should be allowed to use their own discretion in making plans.

“I’m making a personal decision based on information that I have, and so that’s the decision that I’ve made and I think everybody needs to do the same,” Diorio said, despite having already recommended that everyone stay home.

The hypocrisy is strong with this one.

But Diorio isn’t the only hypocrite in the mix.

In fact, Dr. Deborah Birx, a White House coronavirus response coordinator, just got busted for out of state travel over Thanksgiving, where she spent the weekend with three generations of family members from two different households, actions which she advised other Americans to avoid.

Then there’s California Gov. Gavin Newsom, who recently issued an apology after being caught on video eating at a restaurant with a large group of people at a time when he was calling for an end to indoor dining.