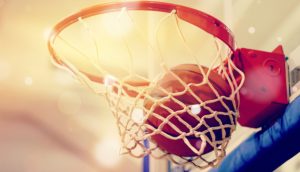 The NBA, like many other sports leagues, is currently dealing with outbreaks of the coronavirus within their organizations, which has forced them to delay some games while also causing many others to play games short-handed.

Now, keep in mind, the NBA is reportedly 97 percent vaccinated, and yet, here they are, still experiencing outbreaks of the COVID-19 virus. It’s almost like these vaccines aren’t really all that effective. I mean, if the point of a vaccine is to prevent infection, then these suckers are miserable failures.

And now, due to these outbreaks, the league wants everyone to get their booster shot, because if apparently third time’s the charm.

According to a report from Shams Charania from The Athletic, all teams who are part of the NBA will be required to hold a “booster shot event” by the end of the year so that players, staff members, and their families have an opportunity to get the booster.

“In light of rising COVID-19 cases, all NBA teams were informed that they are required to host a booster shot event by Dec. 31 in which booster doses are made available for eligible players, staff and their families,” Charania went on to say in his report.

In light of rising COVID-19 cases, all NBA teams were informed that they are required to host a booster shot event by Dec. 31 in which booster doses are made available for eligible players, staff and their families.

NBA players are not required to be vaccinated, but the league has been vocal about their stance on the vaccines.

In October, NBA commissioner Adam Silver touted the vaccination as a “miracle,” urging unvaccinated Kyrie Irving of the Brooklyn Nets to get vaccinated ​​in order to be an “engaged member of society.”

Irving, who, much to the chagrin of his team, the NBA, and hardcore lefties everywhere, is still unvaccinated, is supposed to be returning as a “part-time player” for away games played outside of New York state.

If he should want to participate in home games or in those that take place at Madison Square Garden, home of the Knicks, he would have to be vaccinated due to the regulations of New York City.

Irving has not played in any regular season games thus far. The Nets benched him before the season kicked off “until he is eligible to be a full participant.”

“The organization’s approach to Irving changed as injuries and COVID-19 took a toll, allowing Irving to return to the team and eligible to play in road games outside of the state of New York and the city of Toronto. All players must be vaccinated in order to travel to Canada beginning January 15,” the Daily Wire reported.

“At the end of the day, we’re sitting here faced with a roster that has been decimated over the course of the last several days,” Nets GM Sean Marks commented. “And I’m forced to make decisions, and I don’t make those decisions by myself — we collaborate, like I mentioned before — but in essence, this is the best decision for this team at this juncture right now, with what we’re dealing with.”