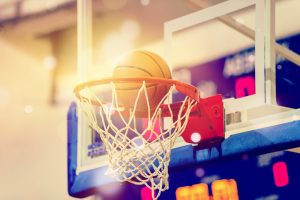 With so many entertainment companies in the industry having been nearly destroyed by the closure of theaters and the inability to do any sort of filming for big projects this year, professionals are seeking to stay relevant and in the eye of the public by jumping on board the Black Lives Matter bandwagon.

The latest example of this odorous desperation comes in the form of the NBA, who just decided it’s going to paint “Black Lives Matter” on the sides of Disney courts, along with allowing players to wear jerseys with social justice messages on the back of them. Because dividing your fan base along political lines has always been an attractive way to engage folks in the world of sports.

The NBA’s Disney courts decision follows players “insist[ing] that the fight for racial equality and social justice be a central part of the NBA’s return to play and the WNBA’s new season,” as well as several players stating they plan to stay off the court when play resumes “to focus on social justice issues,” ESPN reports.

“The NBA and National Basketball Players Association are planning to paint ‘Black Lives Matter’ on the court inside both sidelines in all three arenas the league will use at the Walt Disney World Resort when it resumes the 2019-20 season late next month in Orlando, Florida,” ESPN reported this week, citing league sources.

Sources told the network that the WNBA is also considering painting the slogan on the sides of courts at the IMG Academy in Florida, where the WNBA’s season will resume. Along with the reference to the far-left organization behind recent protests and riots, the WNBA is considering including the phrase “Say Her Name,” a reference to Breonna Taylor, who was shot dead by police in March, on the backs of their jerseys.

Is there nothing more important than politics these days? Is there nowhere we can all go to get a break from the madness? Apparently not. The left wants us to drown in propaganda, awash in their horrific ideas of globalism, unable to escape from it until we all yield to its madness.

Or, if need be, we can always send the sports teams a message by turning off the television and saying “no.” We can create our own entertainment, play our own sports, or tune into events that aren’t caving to politics and sticking to the sports themselves. There are a few still out there. Let’s hope they continue to stand strong.