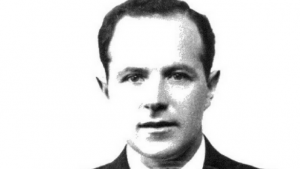 Guys, I ran out of different ways to say “Trump has made leftists go insane” months ago, and yet, I still pretty much daily have to repeat the sentiment.

When the much-hated law-enforcement agency ICE got a major win this week, deporting a Nazi prison guard who had spent decades living quietly in New York, you think the very least the left could have done would be to quietly ignore the news.

You know, like what they do whenever an armed citizen stops a mass shooting or hundreds of thousands of people gather in Washington DC to protest abortion. You think they’d have this down by now.

They actually had to go and complain that a Nazi–a REAL LIFE NAZI–was deported. Not a “Nazi”, like a Republican proposing to scale back social spending or an alt-right guy with a polo shirt and a confederate flag, like an actual member of the actual Nazi party who oversaw the actual murder of actual Jews in Germany–Hitler’s Germany–when Hiter–THE ADOLF HITLER–was murdering millions and trying to take over the world.

THAT KIND OF NAZI.

You’d think that there’s nothing more unifying than deporting a Nazi prison camp guard, but you would be wrong. Somehow, leftists, including a writer at GQ and a content creator for the left-leaning site, Upworthy, were pretty miffed that Trump — and ICE — got the win.

“New media artist” Thom Dunn was adamant that nabbing the Nazi was actually part of a nefarious plot on the part of the Trump Administration to disguise its own Nazi connections.

“These ICE agents don’t realize that someone else will come for them when they turn 95,” Dunn opined in a now-deleted tweet.

He added that deporting a Nazi was a sure sign of white supremacy (of course).

“PS deporting a 95-year-old Nazi guard is a really great way to use elder abuse as plausible deniability for your xenophobic white nationalist sympathies.”

I seriously can’t even.

So, let’s recap: in the last year, the left has defended Kim Jong Un (only to remember what a brutal dictator he was as soon as Trump chummed up to him), the violently murderous MS-13 gang, and now actual Nazi prison guards.

If Trump has a superpower, it’s getting progressives to defend literally anything.