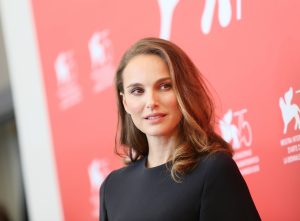 Total transparency time: this writer is not a vegan. Shy of a commandment from God, I probably never will be. Give me all the animal proteins and honey and dairy. All of it.

But, some of my dearest friends are staunch vegans, and several more eat a plant-based diet while seeming to stop just short of the V-word. That’s awesome. Not a problem.

We don’t grill each other (puns always intended) about our dietary choices. No lectures, no passive-aggressive comments or preachy social media posts on the risks associated with either diet. In fact, I’d like to think that’s how the vast majority of Americans live. No drama, no nonsense, just peaceful neighbors who each make different choices and live different lives.

But every group has its wingnuts, I guess. In the case of the vegan community, actress Natalie Portman seems to be gunning for that position.

In a speech for WE Day, a “celebrity-packed celebration of youth activism” at the Forum in Los Angeles, Portman made one of the wildest arguments in favor of veganism I’ve ever heard.

“Only after I became active in women’s issues did I realize that my veganism was related to those very issues,” Portman pontificated. “Dairy and eggs don’t just come from cows and chickens, they come from female cows and female chickens. We’re exploiting female bodies and abusing the magic of female animals to create eggs and milk.”

That’s right, y’all. Sexism transcends species and the meat industry is the biggest culprit. We are singling out female animals for their milk and eggs and letting the males laze about and occasionally procreate. Except, you know, for the fact that steak, bacon, and even fish (also, give me all the grilled salmon) are delicious regardless of the animal’s gender.

Portman further argues that the subjugation of female livestock is directly related to the oppression of human women: “Mothers are separated from children to create milk. Animals are sick and in crowded, prison-like conditions to make dairy and eggs. It doesn’t take a lot to draw the line from how we treat animals to how we treat humans.”

So, the real reason why mass agriculture hasn’t yet cooked up a method to keep some livestock comfortable is because the meat and dairy industries are dominated by sexist oppressors who would just as soon chain a herd of women up in the basement as they would a herd of dairy cows.

Of course, Portman doesn’t even come close to tugging at the whole gender-is-determined-by-biology thread when it comes to the issue of male animals and female animals. It might have made her head explode.

Portman added the obligatory declaration that being vegan is better for the environment and concluded her speech by encouraging students to “eat how [they] believe” and resist the mockery that such militant veganism will inevitably expose them to.

I’m glad she included that last point, honestly. If ideology like this gains ground in the vegan community, they’re gonna need to get used to being mocked.