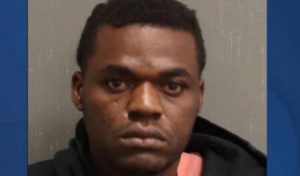 Local police in Nashville, Tennessee are hailing a pastor as “heroic” after he tackled an armed man who was threatening his congregation during a Sunday church service.

A statement released by the Metropolitan Police Department revealed that Dezire Baganda, 26, pulled a gun while he was seated in the front row of Nashville Light Mission Pentecostal Church on Sunday, before walking up to the altar where the pastor was praying with several members of the church.

“Baganda told everyone to get up while he waved and pointed the handgun at the congregation,” the statement detailed.

The pastor — identified by an ABC affiliate in Chicago as Ezekiel Ndikumana — quickly tackled Baganda before any shots were fired. Several church members jumped in to assist in disarming Baganda and holding him to the ground until police got to the church, the statement said.

“When I saw him looking this way and pointing the gun this way, I pushed the chair and I ran. He wanted to kill. That’s the first thing that came to my mind,” the pastor stated during a conversation with Nashville news outlet WREG.com. “I felt the feeling that I would go and grab him.”

Police heaped praise on the takedown.

“The heroic actions of both the pastor and several of his parishioners saved a church from further violence,” the Nashville police statement went on to say.

Baganda isn’t a member of the church, but the pastor told authorities he had attended services before. According to WREG.com, he attended the church a couple of months ago when members asked him to stop coming because he kept interrupting the pastor.

He was charged with 15 counts of felony and aggravated assault; other charges may be added, police said. Bail was reportedly set at $375,000.

The Washington Post has released a report revealing data from the FBI shows an increase of 35 percent for hate crimes committed at churches, synagogues, temples, and mosques between 2014 to 2018.