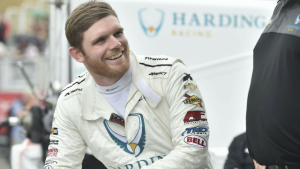 Never in a million years would I have ever imagined political correctness could go this far.

Don’t get me wrong, I know that PC police brutality is a very real problem, but I just never imagined charges could be so far-reaching.

Is it really possible for a man to pay for the un-PC sins of his father from a decade when PC wasn’t even a thing and said man wouldn’t be born for another ten years?

Yes, apparently, it is.

Conor Daly is paying for the sins of his father.

Conor’s father, Derek Daly, on Thursday admitted he had used a racial slur in a live radio interview in the early 1980s. Conor Daly was born in 1991.

On Friday, Lilly Diabetes pulled its sponsorship decals from Conor Daly’s No. 6 NASCAR ride, saying that it didn’t want the distraction from their cause.

Lilly’s full statement, via NASCAR reporter Chris Knight: “Our sponsorship in Saturday’s race is intended to raise awareness of treatment options and resources for people living with diabetes. Unfortunately, the comments that surfaced this week by Derek Daly distract from this focus, so we have made the decision that Lilly Diabetes will no longer run the No. 6 at Road America this weekend.

“We remain committed to our mission of supporting people with diabetes.”

It kind of seems like making an outstandingly bad call like this would do more to distract from bringing awareness to diabetes than something this guy’s dad said decades ago, but that’s just me.