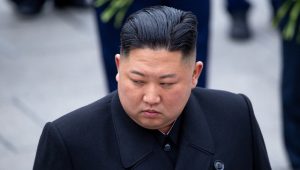 It seems there is someone in the communist country of North Korea who has a massive backbone and is challenging dictator Kim Jong Un through the use of graffiti writing and it’s really starting to get on the government’s nerves.

In fact, they are now going door-to-door analyzing the writing of each person to try and find the culprit behind it all. If this individual is found, you can guarantee they’re going to disappear real quick.

The New York Post reported that authorities are “forcing residents to undergo a handwriting test to prove their innocence,” according to a report from Radio Free Asia.

“The aggressive hunt was sparked after the slogan ‘Down with party officials, who live well by exploiting the people’ was scrawled on a fence around Unsan county marketplace, north of the capital Pyongyang,” the Post reported.

The graffiti appeared in mid-September, RFA reported. A resident of South Pyongan, the province north of the nation’s capital Pyongyang, told RFA that the “local security department is in an uproar” over the graffiti.

October 10 is the 75th anniversary of the Korean Workers’ Party founding, which has led to the increased uproar over the anti-government graffiti. Due to the close proximity of the anniversary, the source told RFA, “security officials concluded that the graffiti is an attempt to overthrow party officials and is an anti-government act that directly criticizes the party’s central leadership, including the Highest Dignity. So, they began an investigation.”

The “Highest Dignity” is an honorific term for the oh so humble North Korean Leader Kim Jong Un.

“They are closely comparing the graffiti and the handwriting examples, but they have yet to catch the criminal. So, they are starting a second handwriting investigation. The first time they made everyone write with their right hand, but this time, all the residents must write with their left,” the source continued.

This is the kind of thought control the left-wing in our nation would love to see put in place. The government of North Korea will not allow anyone to disagree with their ideology. It’s gross and disgusting, a total violation of human rights.

It will probably only be a matter of time before they track this person down. Such a scary thing to see play out on the world stage. Freedom of speech is important, folks. Critical, actually. 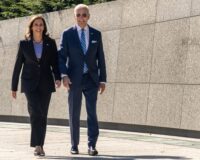