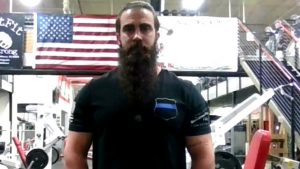 According to the co-owner of a gym in New Jersey that has stayed open in defiance of the executive order of Gov. Phil Murphy and his “attempts” to control the spread of the coronavirus, their mercantile license was revoked on Tuesday night.

Ian Smith, the Atilas gym owner, along with Frank Trumnbetti stated that at the Tuesday meeting, which both the mayor of the city and the city council attended, the council voted 5-1 to revoke their license to keep the gym open.

People are losing their businesses to the tyrannical idea of “security instead of liberty.”

On Instagram, Smith stated, “We’ve all heard these public officials say ‘science and data’…We are so confident in our process and in our safety protocol that if you can show us the science and data that proves Atilis Gym in Bellmawr poses more of a threat to the general public than any other place and should remain shut down, we will happily shut our doors,” adding, “We are prepared to lose every single battle along the way to win the war.”

Earlier this month, CNN’s Chris Cuomo interviewed Smith and Trumbetti, and a heated confrontation ensued, with Trumbetti ripping Cuomo, saying, “You’re knocking Trump because of the total numbers,” and pointing out that “53.3 percent of the deaths from 0.6 percent of the population” is “a f***ing stat that nobody’s talking about.”

The owners of the gym went on to discuss the extreme measures they were taking to make the gym safe for people to use.

Trumbetti explained, “When you come into our gym, you actually stand in front of a biometric scanner that takes your temperature. You take a disinfected pen, you fill out a health questionnaire, just like you would in a doctor’s office. You take that pen and you put it in a dirty bin, so we can actually disinfect it.”

“You’re handed a bottle of a disinfectant that is actually from Ecolab that actually is proven to actually kill the coronavirus in 45 seconds when it’s diluted at four ounces per gallon,” he continued. “We actually have an air scrubber in here … it’s a mobile decontamination unit that actually circulates approximately 10,000 cubic feet of air per minute through a UV light run by hydroxyl generators that provides 99.9 percent chemical free and virus free air.”

Honestly, this sounds cleaner than the doctor’s office. And yet, despite all they are doing to make their business safe, the government is revoking their license and inhibiting their ability to provide a needed service for people and to provide for themselves and their families.

Is this really the America we live in right now? Do we want to be this kind of country? Never have we been so frightened of a virus that actually has a 99 percent survival rate. It’s almost embarrassing.

Here’s to hoping these gentlemen can fight this decision somehow and get back in business.