Mosque Bombing In Afghanistan Leaves 16 Dead, Many Others Injured 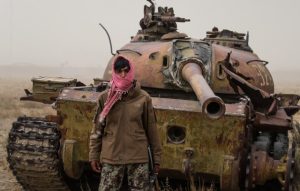 According to new reports, there are at least 16 people dead and 32 injured from an explosion that happened in the southern region of Afghanistan on Friday.

The bombing took place during prayer at a Shiite mosque in Kandahar, which is located in the southern region of the nation. Qari Saeed Khosty, who serves as a spokesman for the Taliban-run government in the country confirmed the explosion in a message posted on Twitter.

“We are saddened to learn that an explosion took place in a mosque of the Shia brotherhood in the first district of Kandahar city in which a number of our compatriots were martyred and wounded,” Khosty reportedly stated.

The region has been rocked by violence in recent months, with explosions causing several Afghan casualties. On Oct. 8, a suicide bombing killed or wounded at least 100 people at the Gozar-E-Sayed Abad Mosque, located in Kunduz, the capital of Kunduz province in northern Afghanistan.

Since the Taliban’s takeover of Kabul on Aug. 15, the group has been faced with dealing with threats from ISIS-K , the local Islamic State affiliate group.

Earlier in the month of October, the Taliban raided an ISIS camp, killing several insurrectionists from the group following a bombing that occurred just outside an Eid Gah mosque. That attack left five dead.