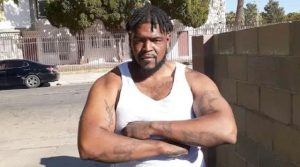 More protests have broken out in our fragile, racially divided republic, this time in Los Angeles, California, after local law enforcement shot and killed a black man who they allege punched an officer and dropped a gun. The incident occurred Monday afternoon.

Deputies were attempting to stop the suspect while he was riding his bicycle for a vehicle code violation. However, the man took off running and when police finally managed to catch up to him, he punched an officer in the face and dropped a bundle of items he was holding. The gun fell out of the bundle and was described as a “black semi-automatic handgun.”

Two officers subsequently opened fire on the man, and he later died. The police have not released the man’s identity, but his family and the Los Angeles chapter of Black Lives Matter said the man is Dijon Kizzee, according to KTLA5, a local outlet.

“We still have to conduct our interviews of the investigating officers to see exactly what happened and transpired during the deputy-involved-shooting,” Dean explained, responding to questions about the use of force. “But if this individual was reaching for a semi-automatic handgun, I would suggest that, you know, that’s probably why deadly force was important.”

The shooting is under investigation by the district attorney’s office and the Internal Affairs Bureau, which is standard procedure for when an officer kills a civilian, the Sheriff’s Department said, according to the New York Times.

Just hours after the incident occurred, more than one hundred individuals arrived at the scene protesting the LAPD. One person was arrested for unlawful assembly according to a spokeswoman for the department.

The last thing we need is more rioting and looting. Mainstream media outlets have crafted anti-cop narratives now for years, going way back before the Obama era, though things hit a fever pitch around then. Now they are seeing the fruit of their efforts.

Please take a moment to pray for our police and our country. We’re being pulled apart by radical leftists who desire to see our great nation crumble and a socialist nightmare take its place. They don’t care how many lives have to be destroyed in the process either.