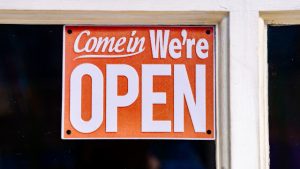 One of the most difficult aspects of this whole coronavirus ordeal has been watching our world grind to a halt. Businesses have been shutdown, some permanently, millions have been put out of work, and of course seeing so many folks suffer from this horrid illness, have all put us under a great deal of stress and pressure.

With the economy being hit so hard, many folks have been wondering when we’re going to start trying to reopen the country and get back to work. Well, as it turns out, many states across the nation are looking at doing just that, starting to slowly ease up on the restrictions put in place to help prevent the spread of COVID-19.

President Trump said Tuesday that 20 states are making plans to reopen their economies “in the very near future.”

Not everyone is pleased with the idea of reopening so soon. Sen. Lindsey Graham was critical of the idea, stating that this could end up causing a resurgence of the virus and essentially wipe out what progress we made during the first round of the illness.

South Carolina Gov. Henry McMaster has cancelled his order to shut down beaches and restrict retail operations to pick-up and delivery only, which is a huge step toward normalicy. Tennessee Gov. Bill Lee has decided not to extend the state stay-at-home order past April 30 and noted that there are some businesses that will be allowed to reopen.

This is progress forward, and that’s what people really want right now. Is it too early? Could this cause a resurgence of the virus? It could. We don’t really know for sure. The only way to know is to start reopening and see how things go.